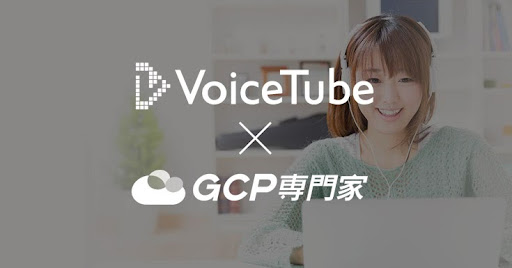 VoiceTube, with more than 3.5 million members and more than 60,000 YouTube videos worldwide, is Taiwan’s best-known online language learning platform. VoiceTube attaches great importance to content optimization and the learning process of users. With its Chinese-English translated subtitles and English-Chinese dictionary functions, VoiceTube is committed to guiding learners to immerse themselves in the English learning situation and making learning English more interesting.

VoiceTube first chose to deploy its service in the server room of another cloud platform in Tokyo, but after experiencing the dilemma of having the money but not the ability to buy virtual machines in 2015, VoiceTube began to consider the possibility of relocating to other cloud platforms. Since more than 80% of user behavior is built on the video experience, the core of VoiceTube revolves around “video playback” related product functions, such as speed up/slow playback, turning on/off specific language subtitles, real-time dictionary search. These are all very important functions for VoiceTube.

VoiceTube CTO Shiu You-sheng: “The most important thing about video is latency. If the video cannot be watched smoothly within 3 seconds after opening the video, the user will leave. Compared with other cloud platform vendors whose basic latency is 40 milliseconds, the only Google Cloud with a server room in Taiwan can reach as low as 7 milliseconds. With the development of the enterprise, the proportion of VoiceTube users in different countries also varied. But GCP’s load balancer allows VoiceTube to easily adapt to market changes.”

In addition to highly regarding the low latency of GCP, VoiceTube also recognizes the five major advantages of Google Cloud and the professional technical consulting services of iKala Cloud.

Highly cost-effective
The better the SSD used, the faster cloud migration will be. However, cloud migration is only a one-time requirement, and subsequent program deployment does not require such high specifications or costs. Combining “speed,” “specifications,” and “cost,” GCP is the most effective and flexible choice for VoiceTube. Take a machine specification of 1 vCPU and 3.7G RAM as an example. Compared with other cloud vendors, the price of GCP is extremely advantageous. In addition, other GCP offers, such as “Sustained Use Discounts” and “Committed Use Discounts,” are more cost-effective. Naturally, these are quite attractive to VoiceTube.

Highly integration with G Suite
The high integration of Google Cloud and G Suite is also one of the reasons for VoiceTube choosing GCP, since the integration effectively saves engineers time. When a new virtual machine is created, gcloud will mark the service account on that machine. The enterprise only needs to write a script and assign the service account email to a Google doc, so that all employees can easily retrieve information from the Google docs, saving engineers massive amounts of time.

Security
In recent years, large-scale information security vulnerabilities have often been discovered first by Google. The two major CPU vulnerability attacks of Meltdown and Spectre in 2015 are good examples; Google even patched the GCP platform without affecting service performance, and usually warns users in advance that security updates for the product will be carried out soon. It is committed to protecting the security of users and the platform.

Customized machines
In view of the type of service VoiceTube offers, the CPU consumption rate is low, but at peak traffic, memory often uses 20G specifications. When customization is not possible, other cloud platforms reserve an additional 3-4 CPUs as idle resources. The customized services provided by GCP not only completely avoid waste of resources, but are also more cost-effective.

The cloud architecture of VoiceTube is based on the following two major principles:
VoiceTube 的雲端架構依據以下兩大原則：
1. Try to use third-party tools when extra manpower is not needed to pay attention to external tools.
2. Streamline architecture planning.

As data continues to multiply, MySQL processing reports slow down, which is a point of worry for enterprises that need to analyze hundreds of millions of user behaviors. The three advantages of BigQuery are: (1) Low storage cost, (2) Super fast speed, (3) Compatible with SQL language, greatly reducing the time and cost of adapting to new tools. BigQuery additionally provides users with time classification to make your query more versatile.

Speed up the generation and production of video content: Machine Learning API

“Natural Language API”: One English word may have many different meanings and belong to many parts of speech. Using the Natural Language API can effectively help VoiceTube optimize the accuracy of translated content. For enterprises that are not solely focused on text services, it is easier to hand it over to a third-party like Google than hiring engineers to calibrate NLP tools.

VoiceTube categorizes a large number of YouTube videos and selects high-quality and suitable English learning materials for users according to “theme” and “current event”. For the seemingly inexhaustible number of videos on YouTube, the Video Intelligence API provides a more economical and faster approach than manual screening and marking. The Video Intelligence API can identify the objects in a video in almost 1:1 time. Taking a 10-minute video as an example, the user can expect to get the relevant tags in eight minutes, which helps VoiceTube filter video materials faster.

English learning platforms need to remind users from time to time to continue learning English. For example, the “EDM” and “APP notifications” that are sent regularly are both channels commonly used by VoiceTube. Since it did not want to deploy Queue by itself, VoiceTube chose the Pub/Sub service of Google Cloud. Pub/Sub not only offers high stability, but also can automatically handle subsequent processing after a “sending failure”; it does not require investment of large amounts of technical resources—just use the SDK to handle “sending” and “receiving”.

At the beginning of 2019, VoiceTube officially launched its Pro subscription service. With the aim of getting closer to the needs of users, they took two full years to develop this service. They chose to design a game mode for Pro to improve the learning motivation of users, so that every time students complete a learning level, they can get incentives in the learning rankings through point feedback. VoiceTube, which has accumulated hundreds of thousands of users in Japan, is set to enter into East Asian countries such as South Korea and Vietnam as its next step after launching Pro; it will continue to expand its technical team, more thoroughly develop big data analysis and artificial intelligence, and continuously optimize product functions, all to come closer to the needs of its users.

VoiceTube is dedicated to language learning services. Having begun in Taiwan, it is one of the most well-known language learning platforms in Taiwan; now, it has already entered the Japanese market and is anticipating worldwide expansion. VoiceTube believes that learners can enter the English learning environment through video, making “learning language” easier and more fun. VoiceTube won the Facebook App of the Year award in 2016.

Scroll to Top
This site is registered on wpml.org as a development site.